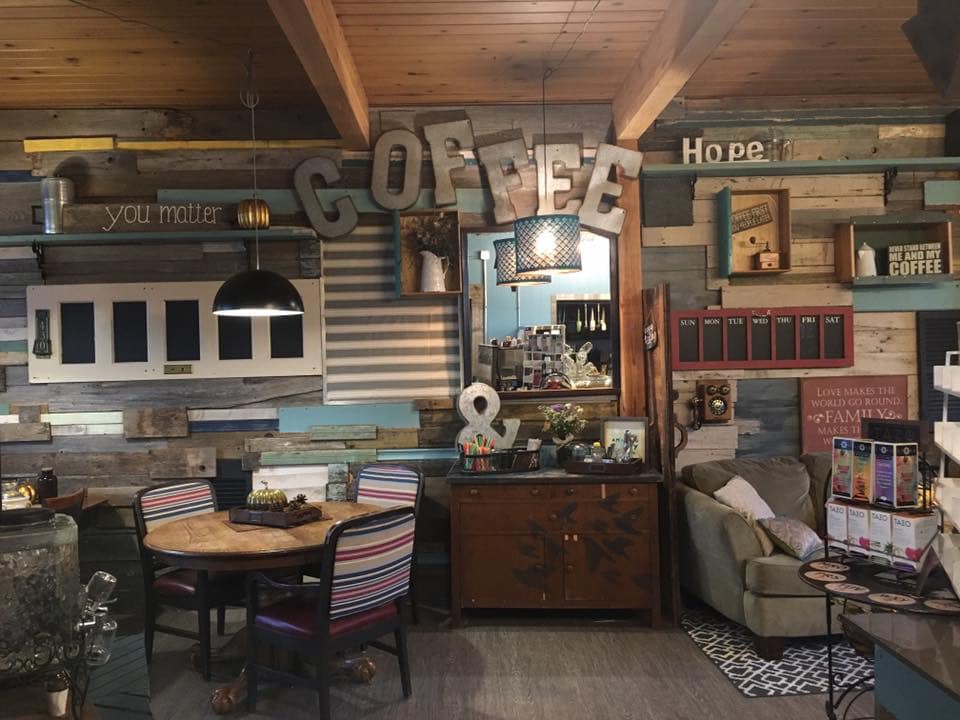 Before you get too deep, this was intended to be a short post that became a small book. Only the strong will survive to the end, so don’t even consider reading if your feeble mind can’t take all the black ink about to bombard your eyeballs.

For the last five years, a little non-profit coffeehouse by the name of Living Room has been a part of the Marysville community. That era came to an end August 3rd and as one of countless people personally affected by the mission, I have a few things to share with the class.

Right after I graduated college, I began volunteering at Living Room Coffeehouse as a barista. I know a nonprofit coffeehouse sounds like the eighth weirdest ministry idea ever (right behind Clowning for Jesus and bringing the gospel to the dark corners of the Furry Fandom) but hear me out. The heart behind Living Room was to provide a public place for people to meet together, organize events, and just exist in a warm, welcoming environment where people actually were happy to see you. It doesn’t sound like a huge deal, but the only places to hang out in Marysville are like three Starbucks and the Fred Meyer parking lot. Honestly, the Fred Meyer parking lot was a lit place to be until they put in the curb dividers. I’m only kinda kidding on that one.

Little background about the city of Marysville: it went from a population of twenty thousand in the late nineties to more than seventy thousand as of this post. Along the way, it sort of misplaced its identity. It’s like the old friend from middle school who jumped on every trend back in the day but forgot to ever move on. You literally could not name a more original person if you tried back in seventh grade, but now that you’re both adult-presenting individuals with back pain and student debt, it’s kind of cringe to hear them still complaining about seventh grade gym and those tiny red shorts you had to wear. That’s what it’s like living in Marysville. The city is nestled between three Walmarts, all thriving in their own special, Walmarty kind of way, which says as much about the population of Marysville as anything else I can think of. It’s a lot of cracked pavement, half-empty strip malls, and complex labyrinths of never-ending sub-urbs occupied by Karens of the highest degree. It’s also where I grew up, so I was particularly aware of anything new popping up on my side of the tracks.

Living Room found me in 2014, a week after the Marysville Pilchuck shooting. MP was my high school. I had seen a post about a new coffeehouse offering its space for anyone that needed room to process. While I wasn’t a student at the time, I had graduated recently enough to know current students. It hit me more than I ever could have expected, but that conversation is for another day. Without knowing my story, one volunteer gave me a free bagel and another handed me coffee. I remember sitting by the window, cradling a mug and staring at the rain hit the neon gas station lights in the parking lot late that night. For the first moment since the tragedy, I felt like everything was going to be okay. There was still warm coffee and bagels and people who smiled as they handed them out. Maybe the world still had a sliver of innate goodness buried under the pavement and the strip malls.

The coffee shop’s motto was simple: you matter. It was on the walls and the mirrors. You couldn’t even use the wi-fi without typing out that message.

Throughout the years, I went back to Living Room and that feeling of purpose met me at the door each time. I went for coffee dates, bible studies, and free wi-fi. I even went to a writing club started by friends just so I could goof off and distract them only to discover I really liked writing. Writing found me on a comfy couch with a latte on the coffee table. It’s nuts to look back and realize that without that coffeehouse, this blog -all my short stories, thought pieces and cold-case articles- wouldn’t exist.

Living Room found me again after college when I was once again lost for completely different reasons. I started volunteering and I met wonderful, funny, inspiring people. I had my Teri Tuesdays with the lovely baker. She’d mix up cream-cheese frosting for a batch of fresh cinnamon rolls while I’d count change and we’d talk about everything under the overcast sky from Chris Cornell to haunted houses, and touring the Mayan ruins. Those topics, though deeply fascinating, were jumping boards; we’d talk about our lives, our families, and the little things we were learning every day on the journey of self-growth.

And Living Room was like that. I can’t tell you how many times I’d show up planning to work on my writing, bump into people I cared about and end up chatting for a few hours while that paper’s word count flat-lined. This became my place to sit crooked and talk straight.

Volunteering at Living Room wasn’t just about having deep conversations over fluffy lattes: it was physically, emotionally, and mentally taxing especially on days I went to work after a full shift volunteering. But the work was good. Innately good. Whether I scrubbed dried syrup off counters or mopped under the fridges, my labor was directed to a deeper purpose and I felt appreciated for everything I did by the way customers, managers and other volunteers treated me. Even if volunteering meant pulling a fifteen hour day, it didn’t feel like it. Well, maybe not to my back the next day but physical exhaustion pales to personal fulfillment. I’ve sat in each of those chairs, swept every inch of the floor boards, and bummed electricity off of each outlet.

And now, after five years of laughter, tears, coffee and cinnamon rolls, Living Room closed its doors for the last time. This little coffeehouse breathed life into a lost community. Thousands, literal thousands, have been impacted by this shop down the street. It wasn’t just coffee -it was never just coffee. Living room was a home. When I drive by the empty building with a dark “Open” sign, I’m reminded of the feeling I had that first rainy evening sitting at the window:

It’s going to be okay.

It appeared at the perfect time and I have to trust that it left when it needed to. The world might be treacherous and senseless and full of awful things, but this coffeehouse was a lightbulb in a dark room. I’ve made deep, lasting relationships through this coffeehouse that have since continued despite the shop’s closure and while Living Room may have been temporary, it mattered. It mattered so much. It’s impact will far outlive its brick-and-mortar existence.

The heart of Living Room lives on in the community that loved it.

One Reply to “Empty Space on the Couch: living with loosing a community”