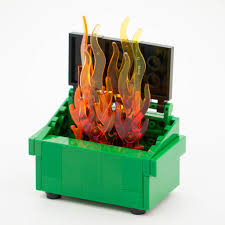 This year is rapidly coming to a close and by now you’ve probably taken a moment to reflect. If you’re one of those people that had a great 2018, well, props to you but I think many of us are looking back thinking, “sheesh. Glad that dumpster fire is behind me.” Maybe you’re still in the dumpster fire and hoping to climb out in the not-so-distant future. You’ve made a New Year’s Resolution about the number of pull-ups you’re going to do every day before you build up enough strength to pull yourself out or you’re MacGyvering a ladder out of milk cartons and soda cans. Now, I get it if you’re year didn’t go as expected and trust me, the shiny New Year is a brilliant opportunity to hit the reset button. Before you start dreaming about how many kale smoothies you’ll be drinking and all the smart-people books you’re going to read, I’ve got a little something not-so-great to say about New Year’s Resolutions: eighty percent fail by February. I know, I know. I’m being a total Debbie Downer, but hear me out. This year, I decided to do something different. I didn’t make a New Year’s Resolution: I made myself a promise. The difference may just seem like semantics, but it worked for me and if it works for you too, then great.

This year, I promised myself I was going to be bad at things and that was okay. Of course I forgot that promise and of course, I’d let my perfectionism rear its stupid head with its stupidly straight teeth and flawless hair, but I kept coming back to that little promise. This year has actually been one of my favorites even if I did have to carry a fire extinguisher with me.

Before I get into how a promise changed my outlook, you’re going to need a little backstory.

My personal dumpster fire raged hottest in August of 2017 shortly after I graduated college. I had applied to a variety of grown-up jobs and never got a callback. In fact, I’m still in the same part-time job I was during college. Of course, this isn’t a complaint against college or the state of the job market. There are smart people with years of experience talking about those things already and I hardly care about them as much as I should. No, this is about what happened the months after I graduated college.

In many ways, I founded my identity in my academic excellence. I was aware of it, too, but there isn’t much to do about that when the entirety of your adolescence is spent in school. After graduation, the structure, the reports, the exams; they’re gone. There’s a sudden lack of structure and the void can lead to an absence of purpose. It’s called post-achievement depression and I can best sum it up as the feeling you get after unwrapping all the Christmas presents. Even the best moments can have too many expectations heaped on them.

So what did I do with my newfound freedom and nagging insecurities? I wrote. I wrote multiple days a week, then almost daily. It became a ritual, sitting in my living room with a blanket wrapped tightly around my legs. I’d let my coffee get cold as my hands hovered over the keyboard. Sometimes I’d write inspired phrases and I would fall in love with the shape of the letters and the sounds they made as I read them out loud to myself. Other times, I’d sit paralyzed as I waited for a blip of genius to grace the otherwise blank page in front of me. I had this strange idea that everything I wrote had to be perfect the first time through.

As I stood on the precipice of 2018, I was desperate for something different but unsure of exactly what that looked like. I knew I wanted to be a better writer, a better wife, and a better friend but those are vague goals with a variety of interpretations. After a fair amount of brooding and denial, I’d realized I spent much more time dreaming about what I wanted to do than actually doing it. It was easier to dream about the ideal than deal with the disappointment of reality. When you really look at that logic though, it’s about as bad as your fashion sense in middle school (let’s be honest here). So I decided to do something different. Rather than expect myself to be perfect, I was going to set the bar low. I was going to be bad at things. This isn’t to say I committed myself to mediocrity, rather, I gave myself permission to perform below my standards.

I made my own cosplay that only fell apart twice, I went on wimpy hikes with my husband and flaked out after the first mile, and I put makeup on that kinda-sorta clashed with my sweaters. But I did it. And not only did I do new things, I got better at doing those things. The place I noticed the most improvement in was actually my writing. Because I wasn’t afraid of finding the perfect words the first time, I found myself writing deeper, faster and with more exuberance than ever before. I scribbled on notebook pages as I rode the bus and sat in the breakroom. I wrote in car rides, at the beach, and on loose sticky notes during shifts. Most of this writing is gibberish squirreled away in notebooks, but an appreciable chunk actually developed into some of my best pieces so far.

If 2018 went different than how you expected, that’s okay. An entire year is right around the corner and you have 365 opportunities to look forward to. You’re probably going to mess up on your resolutions, but that’s okay. Just get out there and keep trying. Sing off key. Dance like bees are swarming you. Tell jokes that make people groan. Watch Bob Ross and laugh at how different his masterpieces looks compared to that thing you just made. This year isn’t going to be perfect, but it’s gonna be great if you let it.

3 Replies to “On Doing Things Badly”